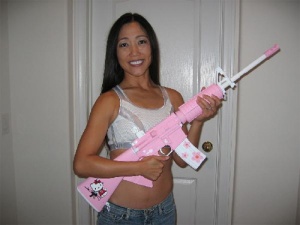 Why would I enter the argument about gun control?  What possesses me to start an article about such a controversial issue.  An issue that divides this nation more than any other?  An issue that brings out the passion from both sides?  I enter this fray for just that reason, there is so much passion that I think it is time for those of us in the middle of this argument to speak our minds. 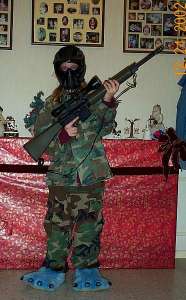 Is this what you are afraid of?

I will be the first to stand up for the Constitution and the bill of rights. They are the foundation of our country and our way of life.  I have served in the military to protect our way of life.  I have tried to live by the ideals of the, in my opinion, greatest documents ever written.  But I have an issue with the way that the second amendment is being interpreted. You would think that the way that the NRA and other groups are talking they want access to all weapons regardless of their appropriateness.  They seem to want access to fully automatic weapons, grenades, rocket launchers, RPG (rocket propelled grenades) launchers just because they want it.  Their latest argument, it seems to me, revolves around the ability to protect themselves from a tyrannical government. Which just astounds me.  I would think that the first thing a tyrannical government would do is round up all of the trouble makers and get rid of them (imagine the pogroms).  It would also take some really far fetched thinking that the military, the only organization big enough, would go along with a “coup”.  I know that when I was in the military I would have never gone to war with my neighbors.  There would have had to been major rioting in the streets for me to consider taking arms against my fellow countrymen.
On the other side are the fanatics that want to repeal the second amendment.  The people that say without guns we would be a better life.  We would  have more freedom, less violence, and a happier, healthier society. They are the ones that think we should round up all the guns out there and only allow the military to have any firearms.  That we are like children that should be protected from ourselves.  We are not responsible enough to handle the responsibility of gun ownership. 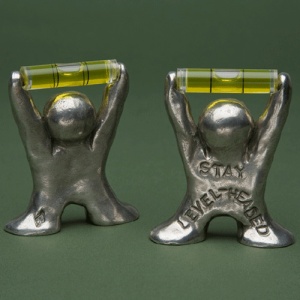 What would I do?

A person the other day asked me “ok smarty, if you were president what would you push for?”
I thought that was a fantastic question.  I would outlaw all new semi-automatic weapons production in the United States and ban their importation.  I would require all prospective and current gun owners to get a operators license.  I would require testing to obtain this license, and require insurance be purchased so that if your gun is used to kill someone the victims family has some monetary recourse.  I am not going to talk about mental health because that is another issue all together.  (I think there is a connection but lets focus on guns right now)
I would not round up any current guns out there. Gun owners should be happy about the increase in value of their current weapons.  It is a fact that when things become banned that the value of the current pieces out there increases at least tenfold.
OMG you are saying, what a repressive and communistic thing to do.  Well lets actually look at that calmly.  Most gun owners say that they use their guns for target practice.  Now I have been target practicing and the majority of the time people shoot the gun, take it from their shoulder to look where they hit and then fire again.  That would be a great time to chamber another round to fire again.  I don’t know of many people that shoot at the target more than one time.
So what about hunting?  I would use the same argument.  If you are that bad of a shot that you need more than one bullet to hit something then you shouldn’t be hunting.  Most hunters I know brag about how good of a shot they are and only need one bullet to hit the animal they are going after.
What about licensing? There you have me.  it does not say anything about that in the constitution in fact it seems to say the opposite.
A well regulated Militia, being necessary to the security of a free State, the right of the people to keep and bear Arms, shall not be infringed
I would point out that I am not infringing on your right to keep or to bear those arms. I am saying that there is a process you need to go through to do it.  I would also point out the first part of the amendment.  Are you part of the militia?  Is it well regulated?  Right now it is regulated very little. 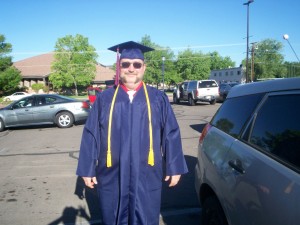 During the last few weeks I have learned a lot about gun ownership and both sides of the issue.  I have learned that gun manufacturers are one of the only industries that cannot be held liable for the products that they make.  I have found out that the congress is bought and paid for by the NRA.  I have found out that our laws have been written and amended with the specific intent of allowing rampant expansion of gun ownership with little to no thought to public safety.  I have learned that military style guns are freely available on the market to anyone that wants one.  I have found out that the background checks that are supposed to keep us safe only apply some of the time.  All I need to do is go to a gun show and I don’t have to worry about that, or buy if from a private seller.
I don’t want to eliminate guns from our society, I want to regulate them so that the killing of children becomes harder.  Just like we don’t allow people to stockpile explosives I don’t think we should allow the stockpiling of ammunition.  Just like we don’t allow people to own a functioning tank I don’t think we should allow other military style weapons in to the hands of the general public.

I fully expect to get blasted for my view point.  I know that there are rabid pro-gun enthusiasts out there that will provide me with tons of evidence that we are on the brink of a societal meltdown. That the only way to survive the post-apocalyptic landscape would be to have as many guns and ammo as you can.
Just like I am sure I will get blasted from the other side that wants there to be no guns available.  That I am being to lenient and should just round them all up.
That is ok.  I knew going in to this that I would get those sorts of responses.  I am hoping that we can come up with something that will ensure that our safety is not compromised and that the second amendment is still intact.

Have a wonderful day

I love life. I am a program facilitator at the Dixie Applied Technology College in St. George Utah. I can't think of anything I want to do more than help people succeed at education.
View all posts by Lee Devine →
This entry was posted in My Life, my opinion, politics and tagged communist, Gun Control, guns, liberal, license, politics, weapons. Bookmark the permalink.

3 Responses to Entering the Fray